WHERE DID IT ALL GO WRONG? #1 - MEGAMAN
As part of our Blue Skies campaign (and due to popular-esque demand), we're going to be having a look at where the rot set in. First up: Megaman. 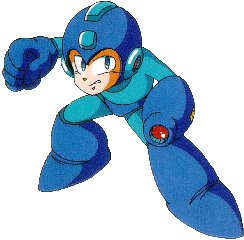 LOOKS LIKE: Astro Boy!
RIDES: A happy, smiling, Knuckles-coloured robot dog! Woof! Woof!
MENTOR CHARACTERS: Megaman gets his power-ups from a kindly old portly father figure in a lab coat, and he uses them to battle brightly coloured villains with retarded themed powers. It's like every wonderful Saturday morning cartoon ever. Sometimes Protoman shows up to fill in the Racer-X style "Absent Brother" role and look smashing in a shiny red crash helmet.
PEOPLE IN THE WORLD STILL ALIVE BY THIS POINT: All of them, because Megaman ALWAYS saves the day! Hooray! 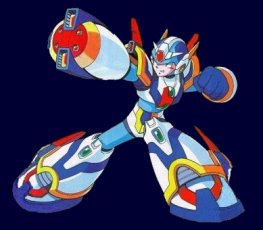 LOOKS LIKE: A grumpy Dragonball teenager.
RIDES: A flying jet-powered motorbike (does not transform, talk or have anthropomorphic face)
MENTORS: Megaman Zero, a kind of robot version of Steve Tyler who shows up to stand on cliffs with a big lightsaber and his long cock-rock hair flowing in the wind.
PEOPLE IN THE WORLD STILL ALIVE BY THIS POINT: Between the Sigma, the Maverick Virus, all-out Reploid war and a space station smashing into the planet... oooh, about half of them.

LOOKS LIKE: Beast from the fourteenth circle of anime convention hell
RIDES: Bugger all
MENTORS: None, because EVERYONE'S BLOODY DEAD
PEOPLE IN THE WORLD STILL ALIVE BY THIS POINT: Think "Dawn of the Dead."

Thus, we can see the natural progression of Capcom's games from our childhoods to the present day runs something like this: