NEW 2D SEGA GAME BY GUILTY GEAR TEAM!
Special report for eight people who might care, from our "Man in Japan" (it took us a week to think up that clever way of describing our Japanese correspondent). 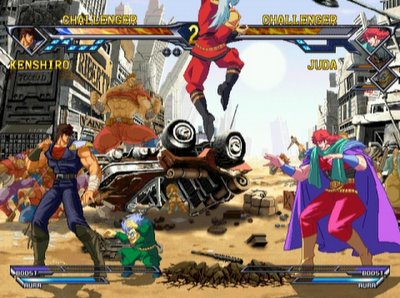 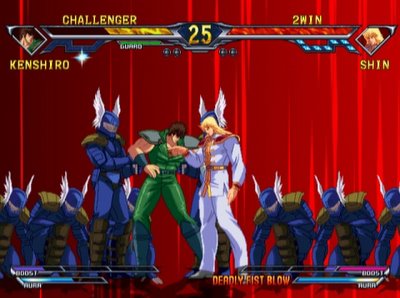 It plays well, and to make it more Fist-ey they've implemented the Guilty Gear instant kill system only now you have to wear your opponent down before it'll work. That's good. 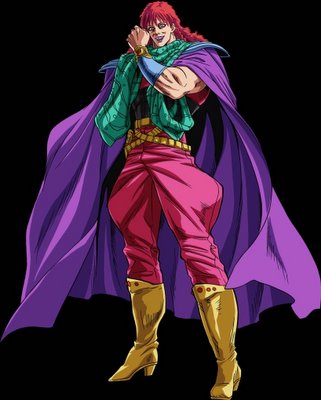 Sonic-77 said...
Whoa I am just watching the original series and now I come here and see this game... Unfortunately arcades in Germany suck so I fear that I won't ever see it, if it doesn't get ported or emulated.
10:41 AM

Rain said...
Actually.. Black Belt, back in SMS days, was the western release of a Hokuto no Ken (fist of the north star) game, and that doesn't suck... so yeah... how come you don't know that SEGA-related information? This saddens me very much.. :(
1:48 AM

dw2k6 said...
The fighting mania fist of the north star games in the arcades are fucking class! The series is great. Don't listen to wankers who say its shit because they like animes that are up their own arse.
11:31 PM